Fleetwood High School is set to launch an innovative new project next week which will ensure every pupil in the school can receive a free breakfast – every day..

The high school on Broadway, which has around 1,000 pupils, has begun a two-year partnership with Magic Breakfast and the scheme will launch next week, on Monday January 31.

The Magic Breakfast group has the funding to pay for the free bagels and will also deliver them to the school. 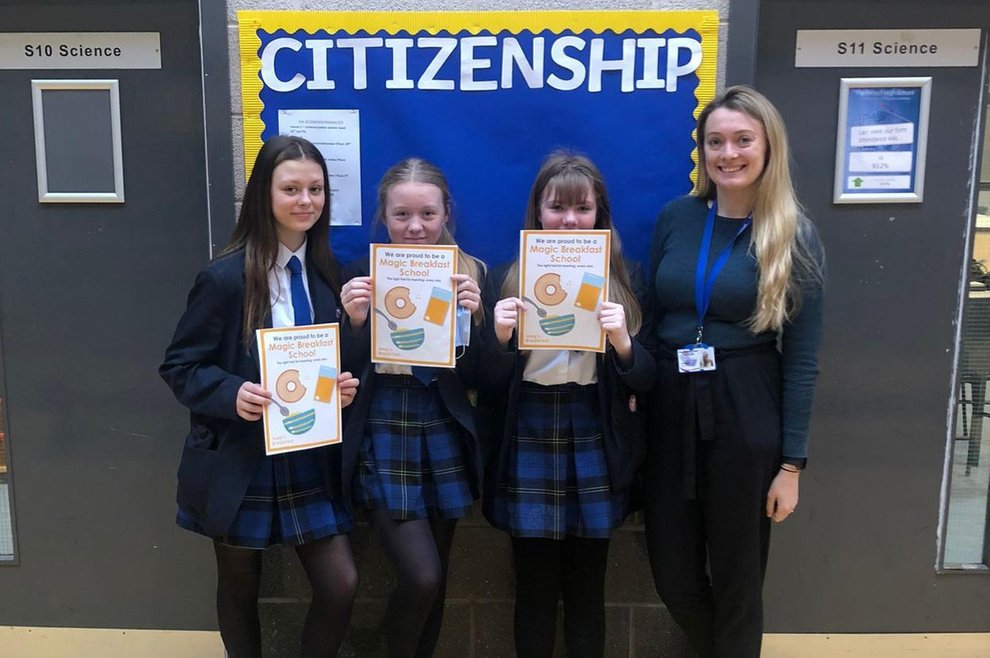 Beth Williams, head of citizenship at Fleetwood High, has coordinated the scheme with school business manager Paul Sharples and said: “The scheme is aimed at ending food inequality and all pupils will be eligible, regardless of family income.

“All parents need to do is to ensure their children sign up for it.

“I believe that we are one of the first secondary schools on the Fylde Coast to do this.”

The scheme will run for two years.

Magic Breakfast is a national scheme which was founded by social activist Carmel McConnell MBE and registered as a charity in 2003.

She interviewed five headteachers in the London borough of Hackney who told her that many of their pupils arrived at school too hungry or malnourished to learn.

As demand for her help grew, Carmel took out a loan and time out from her business, before registering it as a charity in 2003.

Today Magic Breakfast provides healthy breakfasts to over 200,000 children in England and Scotland during normal term time, in over 1000 primary, secondary and Special Educational Needs schools, plus Pupil Referral Units.

Beth Williams said: “The idea is that all the pupils have the same start in the mornings so that no is at a disadvantage because they are hungry and struggle to concentrate."